Why Obama's choice is saner than Romney

The morning was cold and the sky was bright. Aretha Franklin wore a large and interesting hat. Yo-Yo Ma urged his frozen fingers to play the cello, and the Reverend Joseph E. Lowery, a civil-rights comrade of Martin Luther King, Jr.,’s, read a benediction that began with “Lift Every Voice and Sing,” the segregation-era lamentation of American realities and celebration of American ideals. On that day in Washington—Inauguration Day, January 20, 2009—the blustery chill penetrated every coat, yet the discomfort was no impediment to joy. The police estimated that more than a million and a half people had crowded onto the Mall, making this the largest public gathering in the history of the capital. Very few could see the speakers. It didn’t matter. People had come to be with other people, to mark an unusual thing: a historical event that was elective, not befallen.
Just after noon, Barack Hussein Obama, the forty-seven-year-old son of a white Kansan and a black Kenyan, an uncommonly talented if modestly credentialled legislator from Illinois, took the oath of office as the forty-fourth President of the United States. That night, after the inaugural balls, President Obama and his wife and their daughters slept at 1600 Pennsylvania Avenue, a white house built by black men, slaves of West African heritage.
Obama succeeded George W. Bush, a two-term President whose misbegotten legacy, measured in the money it squandered and the misery it inflicted, has become only more evident with time. Bush left behind an America in dire condition and with a degraded reputation. On Inauguration Day, the United States was in a downward financial spiral brought on by predatory lending, legally sanctioned greed and pyramid schemes, an economic policy geared to the priorities and the comforts of what soon came to be called “the one per cent,” and deregulation that began before the Bush Presidency. In 2008 alone, more than two and a half million jobs were lost—up to three-quarters of a million jobs a month. The gross domestic product was shrinking at a rate of nine per cent. Housing prices collapsed. Credit markets collapsed. The stock market collapsed—and, with it, the retirement prospects of millions. Foreclosures and evictions were ubiquitous; whole neighborhoods and towns emptied. The automobile industry appeared to be headed for bankruptcy. Banks as large as Lehman Brothers were dead, and other banks were foundering. It was a crisis of historic dimensions and global ramifications. However skillful the management in Washington, the slump was bound to last longer than any since the Great Depression.
At the same time, the United States was in the midst of the grinding and unnecessary war in Iraq, which killed a hundred thousand Iraqis and four thousand Americans, and depleted the federal coffers. The political and moral damage of Bush’s duplicitous rush to war rivalled the conflict’s price in blood and treasure. America’s standing in the world was further compromised by the torture of prisoners and by illegal surveillance at home. Al Qaeda, which, on September 11, 2001, killed three thousand people on American soil, was still strong. Its leader, Osama bin Laden, was, despite a global manhunt, living securely in Abbottabad, a verdant retreat near Islamabad. 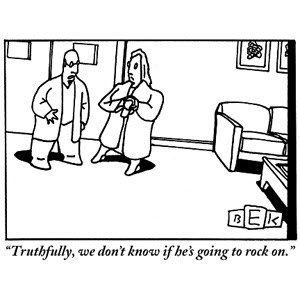 * Obama’s speech was given at Cairo University, not at Al Azhar University.