Kim Jong-un, the new leader of Workers' Party of Korea 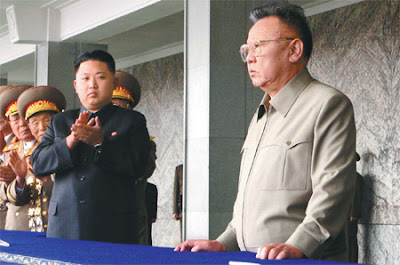 Indian government revived contacts with the North Korea in 2010. India participated in the sixth Pyongyang Autumn International Trade Fair in October 2010. Five months ago India gifted soya beans and wheat for impoverished North Koreans reeling from hunger and famine produced by an exceptionally bad harvest earlier this year. Kim Kye Gwan, a North Korean minister attended the reception at the Indian embassy in Pyongyang at the hosting for Republic Day on January 26, 2011. North Korea’s ambassador to India approached the Ministry of External affairs in April 2011 to share sufferings due to food crisis due to bad crop. India’s ambassador in North Korea, Pratap Singh was given a briefing and an opportunity to travel in several parts of the country. Indian ministry of culture has provided “grant-in-aid” to a school in Pyongyang run by the Korea-India Friendship Association.

India was one of the 9 states that supervised elections in undivided Korea under UN auspices in 1947. It had chaired the “Neutral Nations Repatriation Commission” after the Korean war of 1950-53. India had established consular relations with the fiercely independent communist state in 1962 and full diplomatic relations 11 years later. Besides India, China and Russia are the two countries with influence over North Korea.

team building activity at kolkata said…
Corporate Team Building Program at Kolkata, Leadership and Team & training need and the participants are able to concentrate
on the Team Building Activities.
4:39 AM