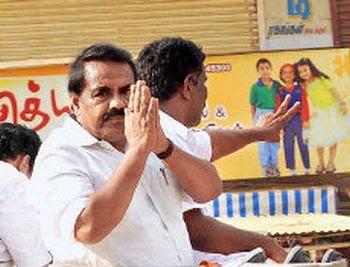 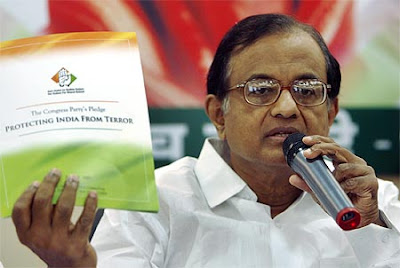 On June 17, 2011, CNBC-TV18's Karan Thapar asked Editor of Thuglak, Cho Ramaswamy: At her press conference, in Delhi, Jayalalitha demanded Chidambaram's resignation. As she put it, Chidambaram was never elected to Parliament in 2009. His continuation in the Council of Ministers is untenable.

Cho Ramaswamy said, "There is a question put to her whether the ADMK was soft-pedaling the case against Chidambaram filed by the ADMK candidate Raja Kannappan. It was in response to that question she was giving this answer that Chidambaram's position was untenable. This has been a contrarian raging from the last Parliamentary elections in 2009. We published detailed report of that as given by Raja Kannappan, the losing ADMK candidate."

Kannappan is an Indian politician and former Member of the Legislative Assembly. He was elected to the Tamil Nadu legislative assembly as an Anna Dravida Munnetra Kazhagam (ADMK) candidate from Tiruppattur constituency in 1991 election. He served as minister of Public Works during 1991-1996. In 2006, Kannappan dissolved his party and joined the DMK. He contested and won the 2006 election from the Ilaiyangudi constituency as a DMK candidate. In February 2009 he resigned from DMK and as an MLA. He joined the ADMK and contested the 2009 Indian general elections from the Sivaganga parliamentary constituency.

AIADMK candidate lodged a complaint with Returning Officer Pankaj Kumar Bansal and the Election Observers that there was irregularity in counting and the result should be withheld until recounting was completed.
High drama

Earlier, high drama was witnessed at the Alagappa Chettiar College of Engineering and Technology at Karaikudi, the counting centre, following the conflicting unofficial counting details revealed by the AIADMK and the Congress camps. The AIADMK agents claimed that they had got around 4,000 votes more than Mr. Chidambaram. As news spread, a large number of AIADMK supporters thronged the counting centre, burst firecrackers and distributed sweets to all passers-by. The AIADMK candidate also came to the RO’s room to receive the winning certificate.

Another unofficial figure claimed that Mr. Chidambaram had got 348 votes more than Mr. Rajakannappan, causing confusion and tension in and outside the counting centre. A few AIADMK workers pelted stones at the convoy of Mr. Chidambaram when he entered the centre for the second time on Saturday.

The AIADMK candidate told the Returning Officer that the officials had erred in counting the votes polled in a few segments, including Alangudi Assembly segment, and sought a recount. Mr. Bansal told him that all his complaints would be properly studied.

Later, speaking to mediapersons, Mr. Rajakannappan alleged that he suspected foul play by officials influenced by a “powerful politician and high authorities.” He had insisted that the result should be withheld until the recounting was completed. He would also approach the Election Commission on the “irregularities” in counting.

He added that the officials had not openly announced the total votes polled in the Sivaganga Parliament constituency.

The officials could not tally the votes polled in the Tirupattur Assembly segment. They did not even announce the official lead at the end of each round over public address system.

When asked about the complaint lodged by Mr. Rajakannappan, Mr. Bansal told The Hindu that he had updated the entire proceedings with the Election Commission officials. He had maintained transparency in the proceedings. All aspects of complaint would be studied and suitable action would be taken as per procedure, he assured.

Chief of Bureau, Varatha, R Rajagopal told Karan Thapar on June 17, 2011 while commenting on Jayalalitha's statement that he (Chidambaram) has played a fraud of the nation. She has been in touch with the Election Commission, six AIDMK MPs last month met the Election Commission. Despite the court case being fought by the Congress, ADMK, she has sent 6 MPs. Qureshi has gone on record with that six members delegation that he is going to internally examine, reexamine.

Neerja Chowdhury, a columnist said, "It's very interesting that the Congress has not come to its defense. That is very surprising considering he is the Home Minister of India, as one would have expected. Secondly, was the signal that if I have an alliance with you, I would want Chidambaram to be dropped, if you look at it in just pure political terms."

Ch Ramaswamy said, "Allegation is by Raja Kannappan, the defeated candidate, is that Chidambaram brought to bear undue influence on the collector who was the returning officer. First, he announces that Raja Kannappan the AIDMK candidate won the elections. After four hours he says you didn't win, it is Chidambarm who won and in the meanwhile he answers many phone calls. This is the complaints of Raja Kannappan, which we published in our journal at that time."

Raja Kannappan had in June 2009 filed an election petition in the Madras High Court, following which justice K Venkatraman ordered to issue notices to the Home Minister and 19 others.

Kannappan in his petition had alleged that the entire official machinery in Sivaganga was then “made to work overtime” to ensure the Congress nominee’s victory. He wanted the court to declare Chidambaram’s election as “null and void”, as the poll officials had allegedly transferred the votes polled by him in Alangudi Assembly segment of Sivaganga Parliamentary constituency in favour of the Congress candidate.

Even as the petition was pending in the Madras High Court, a few days before the 2011 Assembly election counting, Jayalalitha, citing a crucial document appended to Raja Kannappan’s petition, wrote to Chief Election Commissioner S Y Quraishi, drawing his attention to the alleged irregularities.

During the counting, the votes polled in favour of the AIADMK candidate, especially in 11 booths of Alangudi Assembly segment, were “entered in favour of Congress candidate P Chidambaram” and vice-versa by the data entry operators while “making entries in Form 20”.

Since Kannappan’s petition was under the court’s scrutiny, the EC officials then refused to comment on the Sivaganga episode.

The Sunday Guardian, edited by noted journalist MJ Akbar, had brought out a report on Sunday claiming that Raja had said that a larger share of the loot from the 2G spectrum scam had gone to the home minister P Chidambaram.

Jayalalitha, chief minister of Tamil Nadu, had also asked for Chidambaram to resign and fight elections once again alleging that he had committed fraud in the election process.

Responding to electoral fraud, Chidambaram said, "She knows her candidate Rajakannappan has filed an election petition in the Madras high court and that is pending since September 2009. Her statement is therefore in gross contempt of court"

Meanwhile, former Union minister Yashwant Sinha has demanded a CBI probe into the alleged role of Union home minister P Chidambaram in the 2G spectrum scam, accusing him of playing a part no less than those who are already in jail in connection with the case.

"As finance minister Chidambaram has been as deeply involved in 2G spectrum as A Raja and Konimozi and unless his role is also probed by the CBI in the manner it has been done in case of others, the enquiry would not reach its logical end," the senior BJP leader told reporters here.

Claiming that excess spectrum was allotted to some parties in the notice of Chidambaram, Sinha accused him of "conveniently ignoring the issue".

Sinha said that reference about Chidambaram was also made in Radia tapes but no enquiry has so far been ordered.

"We will continue to press for a CBI probe against Chidambaram and ensure that all those guilty in the case were brought to book," he said.

Lashing out at Prime Minister Manmohan Singh, the BJP leader said that "he is not only a lameduck Prime Minister but also presides over the most corrupt ministry the country ever had after independence".

"For the first time in the history of the country, a prime minister has no hold over the party and senior congress leaders are repeatedly referring to Rahul Gandhi as next prime Minister even though the post is not vacant and it indicates that authority of Singh as PM has also eroded," he observed.

Advocate G. Munendran said…
PC being an eminent advocate and seasoned politician, who could be probable candidate for PM post, should come out clean on this election issue. After counting of votes, he is alleged to have conceded defeat and withdrew from the counting centre. After few hours with hectic calls with different people, he is alleged to have come back again to the counting centre, where he was declared winner by a slender margin. The pointed allegation of JJ with regard to swapping of votes that were polled by R. Kannappan in favour of PC remain unanswered by PC. The delay happening in the Election Petition case is undesirable and we only hope PC vindicates his election as otherwise his political future along with his son's political future would get doomed and TN people would be put to shame as happened in 2G scam.
3:36 AM