By mediavigil - May 08, 2011
Kanimozhi, Tamil Nadu chief minister M Karunanidhi’s daughter and an accused in the 2G spectrum case will face the special CBI court on May 14 for pronouncing the verdict on her and Kalaignar TV managing director Sharad Kumar’s bail pleas. 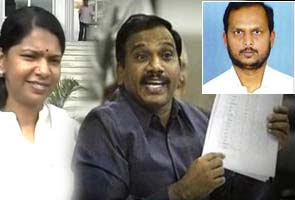 Kanimozhi has been accused of accepting Rs. 214 crore bribe in collusion with former Telecom minister A Raja, now in jail in the 2G scam. The DMK family-owned Kalignar TV got, Raja and Kanimozhi were seen sitting together in the courtroom and constantly talking to each other.

An application has been moved in a Delhi court seeking to make Reliance Telecom chief Anil Ambani and Tamil Nadu Chief Minister M Karunanidhi’s wife Dayalu Ammal as accused in the 2G spectrum scam case as per a PTI report dated 7th May, 2011.

The application filed by a Delhi based journalist Furquan alleged CBI was choosing the persons selectively for chargesheeting in the scam.

Special CBI Judge O. P. Saini, who is hearing the 2G case, posted the matter for hearing on May 24 when he will hear an application filed by a Ghaziabad-based scrap dealer Dharmender Panday seeking further probe into the role of Tata chief Ratan Tata and corporate lobbyist Niira Radia in the scam.

In the application, the journalist submitted “Anil Dhirubhai Ambani is not made an accused in the case and this shows a serious omission on the part of CBI. By letting off main accused, CBI has committed a serious miscarriage of justice.”

The journalist in his application has said that ADAG Group Managing Director Gautam Doshi, senior Vice- Presidents of Reliance Telecom company Surrendra Pipara and Hari Nair, who are currently lodged in Tihar jail for their alleged role in the scam, are ordinary employees in the company and the offences which have been committed involves thousands of crores of rupees. 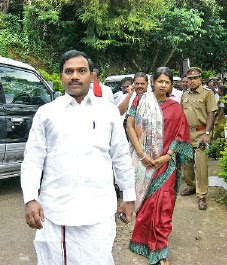