By mediavigil - December 11, 2010
The Americans keep pumping hot air into India’s ballooning self-image, but observe their private musings for some real clues, suggests MANI SHANKAR AIYAR
TIME FOR a reality check. In close to 500 pages on the key moments of his presidency, George W Bush mentions Dr Manmohan Singh just once, and that too in two lines of a single paragraph — a paragraph that begins, insultingly, by referring to the US President’s “visit” to Pakistan before which, he says, he made a “stop” to see the Indian prime minister! Poor recompense indeed for the second most discredited president in US history (the most being Richard Nixon, at whom Indira Gandhi firmly cocked her snook) being told in the full glare of the entire world’s television cameras by the Indian prime minister a fortnight before he was to be dumped in the dustbin of history that “the people of India deeply love you”! [Wot, me?] And quite a promotion for the guy who when he started campaigning for the presidency found himself tarred with a banner that read, “Somewhere in Texas, a village is missing its idiot!”
Well, so much for the global significance of an India which his successor, Barack Obama, assured us but a month ago, in the sacred precincts of our Parliament, had gone from being an “emerging” tadpole into a fully “emerged” frog. Hillary Clinton, bless her soul, described us in WikiLeaks as the “self-appointed frontrunner” for a permanent seat in the Security Council. Self-appointed? Rubbish! Vanuatu has assured us of its support.
Pakistan’s Pervez Musharraf, on the other hand, gets all of five pages — except that Bush cannot seem to quite make up his mind whether he “admired” Musharraf, as he does at page 212, or whether he was concerned by the next page that Musharraf “either could not or would not fulfill all his promises” or whether, as happens three pages later, after being advised by Bush to “set a date for free elections, resign from the army, and lift the state of emergency”, “Musharraf made each of those commitments, and he kept them” (atta boy!); thus, by the time the reader gets to the top of the next page, “Pakistan’s democracy had survived the crisis”.
That, in brief, is the worldview of our Millennium Man. No room in Bush’s memoirs for the possibility that Musharraf might have worked out all on his own that it was time he shed his uniform, lifted the state of emergency and held elections.
Of a piece at my being intrigued that two of our top representatives at the IAEA Nuclear Suppliers’ Group, who chewed their nails on the sidelines awaiting clearance for our nuclear deal, on returning from Vienna used the same very American expression, “Awesome” (pronounced “aaa-sum”) to describe the US arm-twisting its closet allies to secure a unanimous vote for India from all 45 NSG members. “Aaa-sum,” they said, admiringly, “that all this power was displayed for and not against us.” “To what end,” I innocently enquired, “to make us the 46th?”
TEHELKA has allowed me only 500 words. So I beg you to read George Packer’s devastating critique in The New Yorker, 29 November.
Aiyar is a Rajya Sabha member
DEAD CERTAIN
The Presidential memoirs of George W. Bush.
by George Packer
NOVEMBER 29, 2010

For Bush, decisions happened without the weighing of evidence and options. He merely had to ask himself, “Who am I?”
President George W. Bush prepared for writing his memoirs by reading “Personal Memoirs of U. S. Grant.” “The book captures his distinctive voice,” the ex-President writes, in his less distinctive voice. “He uses anecdotes to re-create his experience during the Civil War. I could see why his work had endured.” Grant’s work has endured because, as Matthew Arnold observed, it has “the high merit of saying clearly in the fewest possible words what had to be said, and saying it, frequently, with shrewd and unexpected turns of expression.” Grant marches across the terrain of his life (stopping short of his corrupt failure of a Presidency) with the same relentless and unflinching realism with which he pursued Robert E. Lee’s Army of Northern Virginia. On several occasions, he even accuses himself of “moral cowardice.” Grant never intended to write his memoirs, but in 1884, swindled by his financial partner, broke, and with a death sentence of throat cancer hanging over him, he set out to earn enough money to provide for his future widow. He completed the work a year later, just days before his death, and Julia Dent Grant lived out her life in comfort.
Modern ex-Presidents tend to write memoirs for reasons less heroic than Grant’s. Richard Nixon couldn’t stop producing his, in one form or another, in a quest to revise history’s devastating verdict. Bill Clinton needed the world’s undying attention. Why did George W. Bush write “Decision Points” (Crown; $35)? He tells us on the first page. He wanted to make a contribution to the study of American history, but he also wanted to join the section of advice books featuring leadership tips from successful executives: “I write to give readers a perspective on decision making in a complex environment. Many of the decisions that reach the president’s desk are tough calls, with strong arguments on both sides. Throughout the book, I describe the options I weighed and the principles I followed. I hope this will give you a better sense of why I made the decisions I did. Perhaps it will even prove useful as you make choices in your own life.”
Here is a prediction: “Decision Points” will not endure. Its prose aims for tough-minded simplicity but keeps landing on simpleminded sententiousness. Though Bush credits no collaborator, his memoirs read as if they were written by an admiring sidekick who is familiar with every story Bush ever told but never got to know the President well enough to convey his inner life. Very few of its four hundred and ninety-three pages are not self-serving. Bush, honing his executive skills as part owner of the Texas Rangers, decides to fire his underperforming manager, Bobby Valentine: “I tried to deliver the news in a thoughtful way, and Bobby handled it like a professional. I was grateful when, years later, I heard him say, ‘I voted for George W. Bush, even though he fired me.’ ” At the dramatic height of the book, on the morning of September 11th, “I called Condi from the secure phone in the limo. She told me there had been a third plane crash, this one into the Pentagon. I sat back in my seat and absorbed her words. My thoughts clarified: The first plane could have been an accident. The second was definitely an attack. The third was a declaration of war. My blood was boiling. We were going to find out who did this, and kick their ass.” 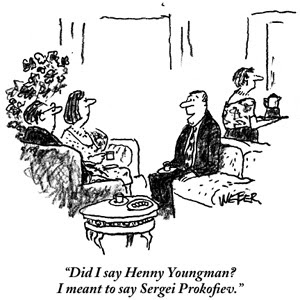