Nobody is giving up violence:DR BINAYAK SEN

By mediavigil - December 29, 2010
"Nobody is giving up violence. Neither the state nor the Maoists are giving up violence. I am interested in   furthering my cause, which is the cause of peace with justice.- Dr Binayak  Sen. On 24 Dec 2010, District Court in Raipur, Chhattisgarh, India sentenced Dr Sen to life imprisonment. 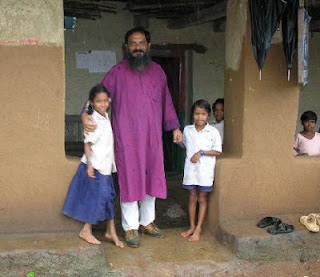 Chhatrarth said…
Namskar, This is Admin Team, CHHATRARTH, a print initiative by BHARATIYA CHHATRA SANSAD, PUNE, MAHARSHTRA. Glad to ask your email address, So that we can send you an official email regarding our initiatives. You can visit our website, www.bharatiyachhatrasansad.org | chhatrarth@gmail.com. Jay Hind |
3:56 AM