Showing posts from July, 2010
Show all

By mediavigil - July 27, 2010
Sunday, July 26 5pm EST. WikiLeaks today released over 75,000 secret US military reports covering the war in Afghanistan. The Afghan War Diary an extraordinary secret compendium of over 91,000 reports covering the war in Afghanistan from 2004 to 2010. The reports describe the majority of lethal military actions involving the United States military. They include the number of persons internally stated to be killed, wounded, or detained during each action, together with the precise geographical location of each event, and the military units involved and major weapon systems used. The Afghan War Diary is the most significant archive about the reality of war to have ever been released during the course of a war. The deaths of tens of thousands is normally only a statistic but the archive reveals the locations and the key events behind each most of these deaths. We hope its release will lead to a comprehensive understanding of the war in Afghanistan and provide the raw ingredients neces
2 comments
Read more

The Bilderberg Group: fact and fantasy 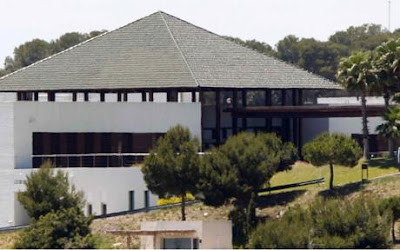 (A general view of the meeting place for the conference of the Bilderberg Group in Sitges, Spain Photo: ALBERT GEA) The Bilderberg Group: fact and fantasy The Bilderberg Group is meeting in Spain this weekend. Iain Hollingshead tries to sort out fact from conspiracy theory. I have just discovered that a shadowy cabal of global luminaries, including Henry Kissinger, David Rockefeller, Prince Charles, Peter Mandelson, Lord Carrington, David Cameron, Queen Beatrix of Holland and the chairman of Barclays Bank, have been plotting to overthrow national governments and form a fascist one-world empire. Going by the name of the Bilderberg Group, these puppet-masters made and broke the career of Margaret Thatcher, triggered the downfall of Slobodan Milosevic and, this year, are planning to bomb Iran. Quite a big story, don’t you think? And yet no one here will take me seriously. Perhaps, as representatives of the capitalist media, they’re too busy planning world domination at Bilderberg’s
Post a Comment
Read more

By mediavigil - July 25, 2010
The UID is expected to change the rules of engagement for the country's impoverished millions. TSI's Tathagata Bhattacharya finds far too many loophole In India, inability to prove one's identity has been one of the biggest barriers preventing the poor from accessing benefits and subsidies. However, the public as well as private sector agencies' service model is based on determination of individual identity. But till date, despite several attempts like the PDS Ration Card and the Election ID Card, there remains no nationally accepted and verified identity number that residents and agencies can use with ease and confidence. As a result, every time an individual tries to access a benefit or a service, they usually undergo a full cycle of identity verification, photocopying of numerous documents, attestation from gazetted officers. Such duplication of effort and identity silos increases overall costs of identification and causes extreme inconvenience to the individual.
2 comments
Read more

By mediavigil - July 21, 2010
In June the Iraq Inquiry issued an open invitation to international lawyers to give their analysis of the arguments relied upon by the UK Government as the legal basis for the military intervention in Iraq. The Inquiry decided to issue an open invitation, rather than writing to individual international lawyers, to avoid the risk that we might inadvertently fail to write to particular individuals, or the perception that we had focused on people who were thought to hold a particular view. A number of international lawyers have already responded. Others have indicated that they would like to respond, but need a little more time to do so. We are therefore extending the deadline for submissions until 13 September. A copy of the invitation originally circulated via the mailing list of the Oxford University Public Law Discussion Group, and published on the website of the British Institute of International and Comparative Law. http://www.iraqinquiry.org.uk/news/100712-deadline-extension.asp
4 comments
Read more
More posts