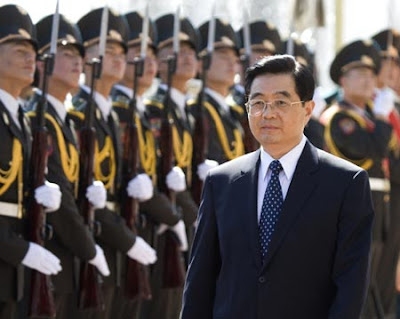 China's food safety crisis has widened after the industrial chemical melamine was found in milk produced by three of the country's leading dairy companies.

Chinese authorities have urged all provinces and major cities to set up 24-hour crisis hotlines to provide information and help to people affected by tainted milk.

The order Saturday from the Ministry of Health follows directions Friday from China's State Council, or Cabinet, that doctors should provide free medical care for babies who have gotten kidney stones from contaminated milk.

The milk, laced with the chemical melamine, is blamed for killing four infants and sickening more than 6,200 others.

Recalls have been announced by Hong Kong authorities and by a major Japanese food company, Marudai Food Company, for products that may have been made with Chinese milk. Malaysia and Singapore have banned milk from China. Burmese authorities are promising to seize and destroy Chinese milk products.

And the U.S.-based Starbucks coffee chain has pulled all its products made with milk from its more than 300 stores in China.

Concerns about milk and other dairy products have widened the scope of the scandal originally limited to infant formula.

Twenty two dairies have been found selling products tainted with melamine, a chemical that is believed to have been used in milk to make it appear to be higher in protein.

No cases of tainted milk products causing illness have been reported outside of China, but at least two of the 22 dairies listed by Chinese authorities export to other countries in Asia and Africa.

Eighteen people have been arrested in connection with the food scandal. Six of those allegedly sold the chemical, while the other 12 were suppliers accused of contaminating the milk.

UN's children agency UNICEF on Friday asked the Chinese authorities to launch "a full investigation" after four babies were killed due to melamine contamination in their milk.

Salama said that UNICEF had always recommended that all infants be breast-fed during the first six months because "it's the safest form of nutrition."

Meanwhile, the World Health Organisation asked the Chinese authorities to explain why it had taken months before the scandal had been made public.

"While the exact onset date of illness resulting from contamination is unknown, a manufacturer received a complaint of illness in March 2008," it said in a statement.

Chinese authorities initially blamed the industrial chemical, melamine, for killing four babies and making more than 6,000 others sick, with symptoms including kidney stones, being unable to pass urine, and vomiting.

But there are now fears the problem could be much bigger after other dairy products were found to be at risk of contamination.