Clemenceau to be broken in UK 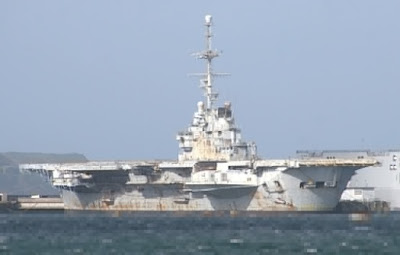 India is infamous for its ship graveyards which are amongst the most toxic places on the planet, but apparently the former flagship of the French Navy is too toxic for the Indian salvage yards to deal with, so the ship will end its existence in Britain.

After many twists and turns, the Clemenceau will be finally dismantled by the British company Able UK, which is located in the north-east of England.

The former aircraft carrier, now designated under the name Hull Q790, has been docked at the military port of Brest since May 2006, after a journey of 18,000 km between Toulon, India and Britain, against a backdrop of controversy around the presence of asbestos on board the vessel.

Able UK, which claims to have the largest dry-dock in the world has announced that Q790 will move to the port of Graythorp sometime during the summer and that the work of recycling, which includes asbestos removal, would be completed at the same time as other boats already moored on the site, including four vessels of the fleet reserve American and three British vessels

In an article last December, the company was not even cited among the outsiders, just Sita, a subsidiary of Suez, or Italian Simont.

The Belgian Galloo Recycling and French Veolia Clean then seemed better placed to deal with the work.

But then British Environment Agency allowed a waste management licence that allows Able UK to break up ships and oil platforms at its Graythorp ‘TERRC’ site, and the French Defence Ministry then decided to award the contract to the company.

Able UK has assured the Environment Agency that it is capable of safely handling up to 700 tonnes of asbestos waste at the plant in an environmentally safe manner.

The announcement of the choice of Able UK foreshadows the signing of a formal contract.

Great Britain and France have yet to issue an authorisation for the transfer, a procedure that will take several weeks, after which the former Clemenceau can leave the harbour of Brest and head for its final resting place in the UK.

The deal, if completed, will assure around 170 jobs already in place at the facility.

This is assuming that ‘Green’ protesters do not return to the site where they have previously demonstrated against an earlier deal to break up a US ship.

In his long career, the Clemenceau has come close to a million nautical miles, or about fifty times around the globe, 3,125 days at sea.

Note: The decommissioning of Le Clemenceau, formerly one of the French navy's most prestigious ships, is turning into a nightmare for a government eager to profit from one of the world's dirtiest industries: the scrapping of toxic ships by workers in Asian countries. French efforts to side-step international protocols and global agreements1 preventing countries from exporting hazardous waste have been frustrated by the campaigning efforts of Ban Asbestos Network of France, India and Greenpeace working closely with members of an NGO Platform for Clean Ship-breaking. For months, legal proceedings kept the ship berthed in the French port of Toulon. On December 31, 2005, an Administrative Court cleared the way for the redundant aircraft carrier to depart for the scrapyards in Alang, India via the Suez Canal.

The problem is that while the 22,000 tonnes of steel on-board are worth eight million euros, the ship is riddled with asbestos, PCBs, lead and mercury.


# THE Clemenceau is affectionately known as Le Clem.

# The ship is carrying 700 tonnes of asbestos-contaminated materials and Able UK needed an exemption from the Health and Safety Executive to import it.

# The vessel is named after Georges Clemenceau and it was built in the Brest shipyard.

# The ship had a capacity for 40 aircraft in total. 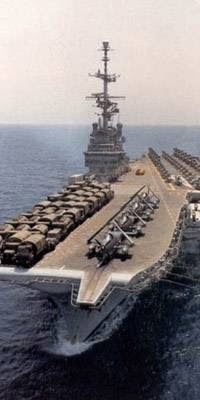