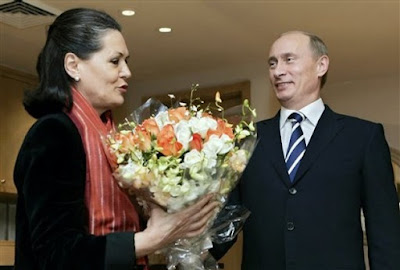 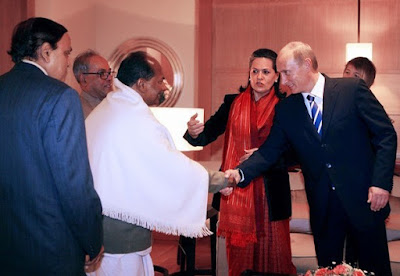 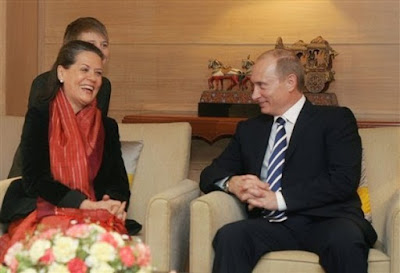 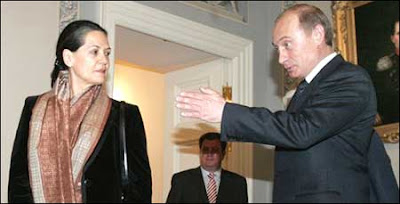 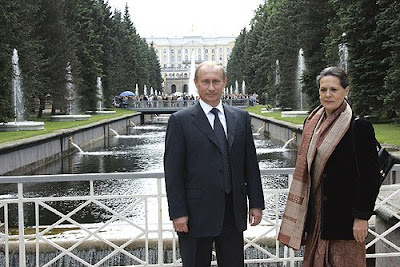 Sonia Gandhi during her visit to Russia in June 2005. 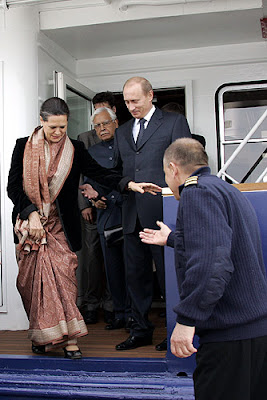 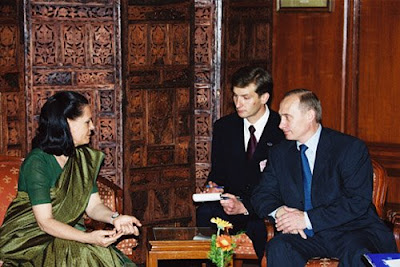 On 4 October 2000, Sonia Gandhi
called on the visiting Russian President, Putin, and discussed issues of mutual interest. The then Leader of Opposition in the Rajya Sabha, Dr. Manmohan Singh, and the chairman of the AICC's foreign affairs department, Natwar Singh, were also present during the 30- minute meeting between and Putin, which was described by sources as ``courtesy call''.

Statement to the Supreme Court and to the Public of India at large.


We, the below named, practicing members of the bar in India, have noted with dismay, the judgment of the Supreme Court, in Mr. Prashant Bhushan's contempt case. An independent judiciary consisting of independent judges and lawyers, is the basis of the rule of law in a Constitutional democracy. Mutual respect and the absence of coercion, are the hallmarks of a harmonious relationship between the bar and bench. Any tilting of the balance, one way or the other, is deleterious both to the institution and the nation.
An independent judiciary does not mean that judges are immune from scrutiny and comment. It is the duty of lawyers to freely bring any shortcomings to the notice of bar, bench and the public at large. While some of us may have divergent views on the advisability and content of Mr. Prashant Bhushan's two tweets, we are unanimously of the view that no contempt of court was intended or committed especially …
Read more

In every step where an attempt is made to unravel the conspirators behind the assassinations and killing, there is an attempt to subvert it and suppress it. By the way will CPI-ML and others tell how often have the Commission's unearthed the truth? Why is CPI-ML and other political parties interested in the lies or half truths which Commission's give birth to? Netaji Subhas Chandra Bose continues to be in news 60 years after his disputed death. A BBC poll named Netaji the third most popular leader in South Asia after Jinnah and Gandhi. Netaji is supposed to have died at the end of Second World War. Netaji went missing while waging war for India's freedom and in heart of hearts all Indians wish to know what happened to him. Nehru did institute the Shah Nawaz Khan Committee in 1956 after the Indian newspapers broke the news (based on agancy reports) on August 25, 1945 that Netaji had died in a freak plane crash in Taipei (Taihoku) on August 18th, 1945. Nehru's promptness …
Read more

Supreme Court is due to hear the matter of SS Norway (Blue Lady)on 22nd January 2007. There are two clarification applications pending before the court in the wake of the September 6 and September 11, 2007 order by the Justice Arijit Pasayat and Justice S H Kapadia bench.


The Supreme Court had also directed Government of India to constitute a new Committee consisting of MoEF, GPCB, GMB, AERB that shall verify all the documents before ship is allowed for breaking. This committee is yet to be formed.

European and Norwegian silence in the matter especially in the aftermath of Le Clemenceau precedent is deafening.

On 7th January, 2008, UN delegates visited Alang and took pictures of SS Norway (Blue Lady) and proved both international and national media that had misreported that the ship has been dismantled wrong. Some 30 ships await permission from the apex court.

Also Le Clemenceau has not been dismantled yet. It might get permission until the end of 2008. In Brest, the French Defe…
Read more